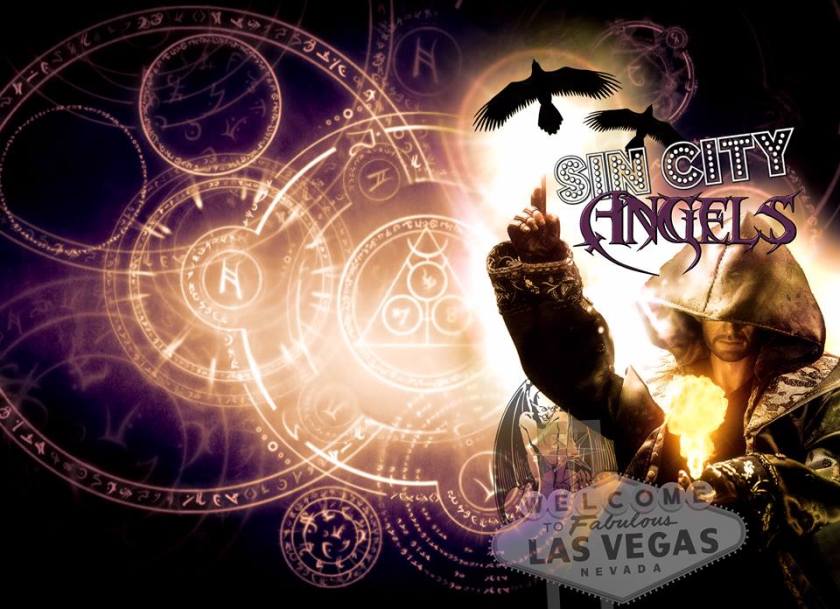 We were first brought into the wonderful world of Sin City with Succubus created by C.S. Anderson; a city where the wonder is never in short supply. Sin City Succubus saw a half human/ half warlock dabbler by the name of Robert Jones thrown into a dimension where werewolves, vampires, warlocks and goblins not only exist but are governed by the Grand Council. Sin City Angels brings angels and gods into the mix, including one angel that you should never betray. I don’t really read this genre much but C.S. Anderson continues to surprise me. In Sin City Angels, we go on another adventure and find ourselves tested with Robert Jones and other characters.

To the readers of the realms of action/adventure and mythical alike, you will enjoy this as much as the next game of Dungeons and Dragons… just minus the dragons. I can’t get into too many details with this one because it’s a lot shorter than Succubus, but be prepared to go through a lot of epic changes. Mr. Anderson combines a great sense of humor, non-stop action, a lot of magic and a bit of violence topped with a major surprise that is heart stopping in the much-anticipated sequel in the dabbler series. Robert Jones is back and something keeps coming after him for the things he has done in the past. But will it be enough to stop him from protecting the one he loves? Pick up a copy of Sin City Angels, book 2 in the Dabbler series today and find out!

The only thing I can say is that book two was too short for my liking, as a fan of the Sin City series; but it does make me anxiously wait to see how far Anderson will take it in the next installment, as he left Angels with a tease of what’s to come. C.S. Anderson is talented in many ways and I know that we will continue to see more magic, more surprises and much more devastation to come in the future of the Sin City books. I look forward to seeing more from Anderson and seeing where Robert’s journey leads to next.

We love books!! We want to connect to others who love books as much as we do, and our way of doing that is to review books. If you haven't heard of a book on our list or even if you have and want to see more about it before getting a copy yourself, you're in the right place! We also are willing to host giveaways for those who are interested in ways to get your book out there to a wider audience and we also host guest reviews/author interviews. Check us out on our blog and on Facebook! Links to all social media is available on the blog. View all posts by DS&JM Reviews